The Story of Prophet Ayyub

Ayyub was a Prophet who was immensely blessed by Allah— he was strong and healthy, had large plots of land, abundant livestock, and a righteous and beautiful family; he was also a community leader who was highly respected and loved by his people. Despite his status and wealth, Ayyub was never arrogant; he was always humble, he readily helped the deprived, and constantly thanked and glorified Allah for everything he was blessed with.

One day, high up in the heavens, the angels began discussing about the best of humans who lived on earth. An angel amongst them said,

“The best creature on earth today is Ayyub, a man of noble character who displays great patience and always remembers his Generous Lord. He is an excellent model for the worshippers of Allah. In return, his Lord has blessed him with a long life and plenty of servants; the needy and the poor share in his good fortune— he feeds and clothes the poor and buys slaves to set them free. He makes those who receive his charity feel as if they are favouring him— so kind and gentle is he.”

Satan, who was in the vicinity, overhead the discussion and became very angry. He immediately began plotting to lure Ayyub away from the worship of Allah. He whispered evil thoughts to Ayyub about the many pleasures of life that a man such as Ayyub could easily enjoy; but the Prophet was a sincere servant of Allah and was not easily faltered—this enraged Satan further. 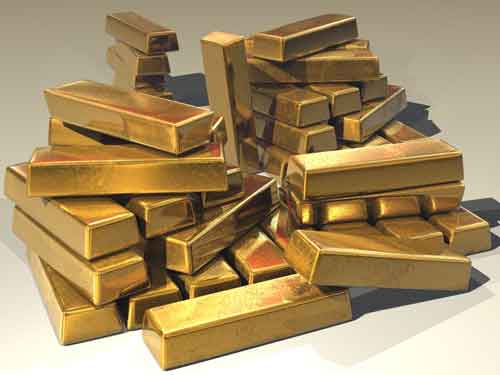 Satan approached Allah and informed Him that Ayyub was not a sincere servant of His and was only glorifying Him in fear of losing all his wealth. He, Satan, suggested, “If You remove his wealth then You will find that his tongue will no longer mention Your name and his praying will stop.” Allah, the All-Knowing, did not believe Satan, for He knew that Ayyub was among His most sincere believers and did not worship his Lord for mere material possessions. But He agreed to test Ayyub to show Satan the absolute sincerity of His loyal servant. Overjoyed, Satan set out to destroy Prophet Ayyub’s wealth.

As time passed, Prophet Ayyub’s wealth began to diminish—his land, livestock, servants, and money slowly evaded him until he was left with nothing.

Immensely satisfied with Ayyub’s ordeal, Satan, disguised as a wise old man, approached the Prophet and said, “All your wealth is lost, some people say that it is because you gave too much charity and that you are wasting your time with your continuous prayers to Allah. Others say that Allah has brought this upon you in order to please your enemies. If Allah had the capacity to prevent harm, then He would have protected your wealth.”

Ayyub replied, “Allah gives whom He wills, and Allah takes from whom He wills. And all of the wealth that I have belongs to Allah, so He has every authority to take it back from me”. Ayyub then turned around and continued to thank and praise Allah.

Feeling rather frustrated, Satan returned to Allah and said, “I have stripped Ayyub of all his possessions, but he still remains grateful to You. However, he is only hiding his disappointment. The real test of a parent is through his children. You will see how Ayyub will reject You.” Allah still knew that Ayyub’s faith and love for his Lord will not waver, but He agreed to test Ayyub further.

Before long, the building in which Ayyub’s children lived crashed killing all fourteen of his young, beautiful children. Satan once again visited Ayyub disguised as sympathising bystander, and remarked with sorrow, “The circumstances under which your children died were sad. Surely, your Lord is not rewarding you properly for all your prayers.”

Ayyub responded, “Allah gives me what is good for me, and takes away what Allah sees that is displeasing for Him and for me. Allah sees that all of these children may be a strong test & trial for me, so Allah took them away from me. Whether a thing is beneficial or harmful to me, I will remain firm in my belief and remain thankful to my Creator.” 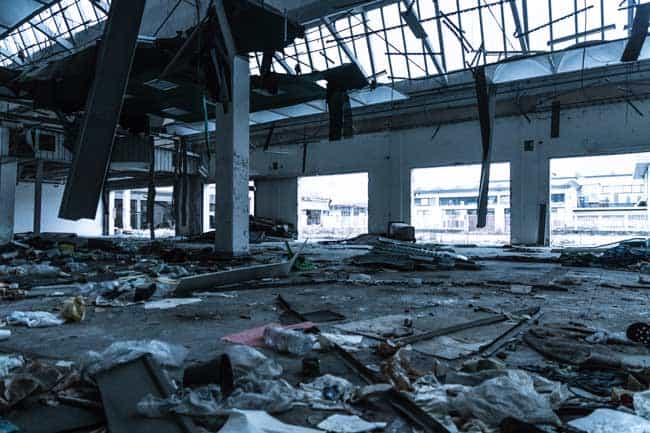 Satan rushed back to Allah and said, “O my Lord, Ayyub’s wealth is gone, his children are dead, and he is still healthy in body, and as long as he enjoys good health he will continue to worship You in hopes of regaining his wealth and producing more children. Grant me authority over his body so that I may weaken it. He will surely neglect worshipping You and will thus become disobedient.”

Allah granted his request but instructed, “I give you authority over his body but not over his soul, intellect or heart, for in these places reside the knowledge of Me and My religion.”

Soon after, Ayyub’s health began to deteriorate. He was so ill that the skin of his body used to fall off revealing his muscles and bone. But as Allah instructed, the only two organs that functioned in his body were his heart and tongue—which he continued to use to glorify Allah. Ayyub suffered through severe pain, but he never allowed himself to complain or falter in his belief in Allah.

The people of the city began discussing, “If Ayyub was a good person, Allah wouldn’t have done this to him”. And eventually, they abandoned him— his relatives, friends, and everyone who loved and respected Ayyub deserted him, except for Rahma, his beloved wife.

For years Ayyub continued to suffer through his condition, with none but Rahma by his side to take care of him. They had no money and no income, so his wife took up a job to provide for him. But the people of the city did not allow Rahma to work for long for they feared that she would afflict them with the same illness as her husband. Ayyub meanwhile, continued to pray to Allah to give him the strength and patience to endure this pain and suffering.

One day, Satan appeared before Rahma in the form of man and asked her, “Where is your husband?” Pointing at the almost lifeless figure of Ayyub, Rahma replied, “There he is, suspended between life and death.”

Satan then went on to remind her of the blissful days of good health, children and wealth. Overwhelmed with the years of pain and hardship, Rahma approached Ayyub and wailed, “O Ayyub, you are the prophet and the messenger of Allah. You have the closest relationship to Allah. Ask Allah to take you out of this harm that you are in!”

Ayyub sighed and replied, “Satan must have whispered to you and made you dissatisfied. Tell me how long did I enjoy good health and riches?” His wife responded, “eighty years or so.” He replied, “For how long am I suffering like this?” She said, “seven years.” Ayyub then said, “In that case I am ashamed to call on my Lord to remove my hardship, for I have not suffered longer than the years of good health and plenty. It seems your faith has weakened and you are dissatisfied with the fate of Allah. If I ever regain health, I swear I will punish you with a hundred strokes! From this day onward, I forbid myself to eat or drink anything by your hand. Leave me alone and let my Lord do with me as He pleases.”

Feeling helpless Ayyub turned to Allah seeking His mercy. “Verily, Satan has touched me with distress (by losing my health) and torment (by losing my wealth)!”, he prayed. Allah immediately responded to Ayyub’s desperate call for help. Allah said, “Strike the ground with your foot: This is a spring of water to wash in and cool and a refreshing drink.”

Ayyub immediately performed Allah’s bidding. As he struck the ground with his foot, cold water gushed at his feet. As commanded, Ayyub drank and washed his entire body using the water. Within a short while, Ayyub’s blisters disappeared, his skin renewed completely and his internal organs began functioning. Indeed, Ayyub was completely cured by the grace of Allah!

Rahma, who could not stand to be away from her husband any longer, returned home; as she entered their home, she was greeted by Ayyub whom she did not recognise.

She asked him, “Where is Ayyub? Who are you? You look very similar to him.” He replied smiling, “It’s me!” Overjoyed, she immediately embraced him and thanked Allah for His mercy.

Ayyub remembered his promise to punish his wife with a hundred strokes once he regained his health. He did not want to hurt his beloved wife, nor did he want to break his oath to Allah; so Allah, the Most Wise, instructed Ayyub, “Take in your hand a bundle of thin grass and strike therewith your wife, and break not your oath.” 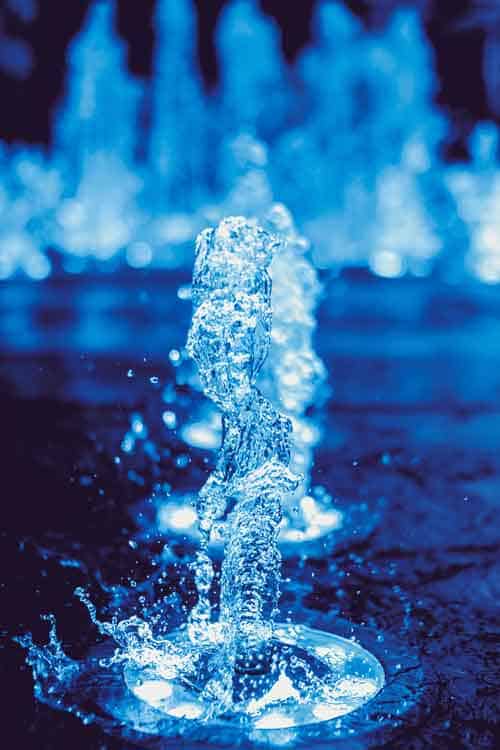 Allah then restored Ayyub’s wealth. Allah sent down a rain of locusts made of gold that fell all around Ayyub. When Ayyub began gathering the gold locusts, Allah asked him, “O Ayyub! Have I not made you too rich to need what you see?” Ayyub replied, “Yes, My Lord! But I cannot shun Your Blessings.”

Ayyub and Rahma were also given back their family. The couple were blessed with twenty-eight beautiful, healthy children—fourteen girls and fourteen boys.

The story of Prophet Ayyub is one adversity mixed with patience. It is easy to be a faithful servant of Allah when everything is going well but his faith never faltered during difficult times which is what makes him a remarkable being.

And [for] their taking of usury while they had been forbidden from it, and their consuming of the people’s wealth unjustly. And we have prepared for the disbelievers among them a painful punishment. Abiding eternally therein. The punishment will not be lightened for them, nor will they be reprieved. Indeed, We have revealed to you, [O Muhammad], as We revealed to Noah and the prophets after him. And we revealed to Abraham, Ishmael, Isaac, Jacob, the Descendants, Jesus, Job, Jonah, Aaron, and Solomon, and to David We gave the book [of Psalms]. (Surah Nisa Ayat 161-163)

They who believe and do not mix their belief with injustice – those will have security, and they are [rightly] guided. And that was Our [conclusive] argument which We gave Abraham against his people. We raise by degrees whom We will. Indeed, your Lord is Wise and Knowing. And We gave to Abraham, Isaac and Jacob – all [of them] We guided. And Noah, We guided before; and among his descendants, David and Solomon and Job and Joseph and Moses and Aaron. Thus do We reward the doers of good (Surah Anam Ayat 82-84).

And [mention] Job, when he called to his Lord, “Indeed, adversity has touched me, and you are the Most Merciful of the merciful.” So We responded to him and removed what afflicted him of adversity. And We gave him [back] his family and the like thereof with them as mercy from Us and a reminder for the worshippers [of Allah]. (Surah Anbiya Ayat 83-84)

And remember Our servant Job, when he called to his Lord, “Indeed, Satan has touched me with hardship and torment.” [So he was told], “Strike [the ground] with your foot; this is a [spring for] a cool bath and drink.” And We granted him his family and a like [number] with them as mercy from Us and a reminder for those of understanding. [We said], “And take in your hand a bunch [of grass] and strike with it and do not break your oath.” Indeed, We found him patient, an excellent servant. Indeed, he was one repeatedly turning back [to Allah]. And remember Our servants, Abraham, Isaac and Jacob – those of strength and [religious] vision. Indeed, We chose them for an exclusive quality: remembrance of the home [of the Hereafter]. (Surah Sad 41-46)

Back To Prophet Stories