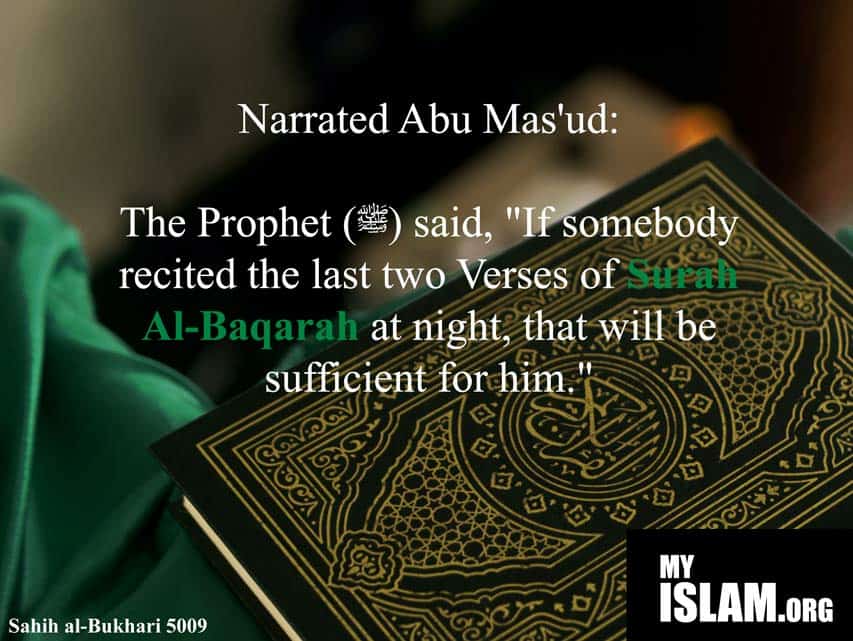 The Sunnah Of the Prophet Muhammad (ﷺ) with regards to sleeping.

In this article we’ve researched many Sahih hadiths which will give you an outline of some of the traditions of the Prophet (ﷺ) did before going to bed.

Remember these are Sunnah of the Prophet and not fardh acts. These are not obligatory by any means but rather Mustahabb (recommended) or things which are makruh (disliked behaviors) and should be avoided.

By adopting such attitudes, habits, and behaviors you are improving in character.

“There has certainly been for you in the Messenger of Allah an excellent pattern for anyone whose hope is in Allah and the Last Day and [who] remembers Allah often.”
Surah Ahzab ayah 21.

Sunnah of Wudu before Bed:

Narrated Al-Bara ‘bin `Azib: The Prophet (ﷺ) said to me, “Whenever you go to bed perform ablution like that for the prayer, lie on your right side and say,

O Allah! I surrender to You and entrust all my affairs to You and depend upon You for Your Blessings both with hope and fear of You. There is no fleeing from You, and there is no place of protection and safety except with You O Allah! I believe in Your Book (the Qur’an) which You have revealed and in Your Prophet (Muhammad) whom You have sent.

Then if you die on that very night, you will die with faith (i.e. or the religion of Islam)

The Prophet (ﷺ) used to seek refuge from satan at night by reciting Al-Mu’awwidhatan (both Surah Falaq and Surah Nas) as well as reading Surah Ikhlas.

Narrated ‘Aisha: Whenever the Prophet (ﷺ) went to bed every night, he used to cup his hands together and blow over it after reciting Surat Al-Ikhlas, Surat Al-Falaq and Surat An-Nas, and then rub his hands over whatever parts of his body he was able to rub, starting with his head, face and front of his body. He used to do that three times.

Narrated Abu Huraira: The Prophet (ﷺ) said, “When anyone of you go to bed, he should shake out his bed with the inside of his waist sheet, for he does not know what has come on to it after him, and then he should say: ‘Bismika Rabbi Wada`tu Janbi wa bika arfa’uhu, In amsakta nafsi farhamha wa in arsaltaha fahfazha bima tahfazu bihi ibadakas-salihin.”

Dhikr and Tasbeeh Before Sleeping:

The Sunnah of Prophet Muhammad (ﷺ) before sleeping was to recite subhanallah, alhamdulillah, and allahu akbar thirty times. 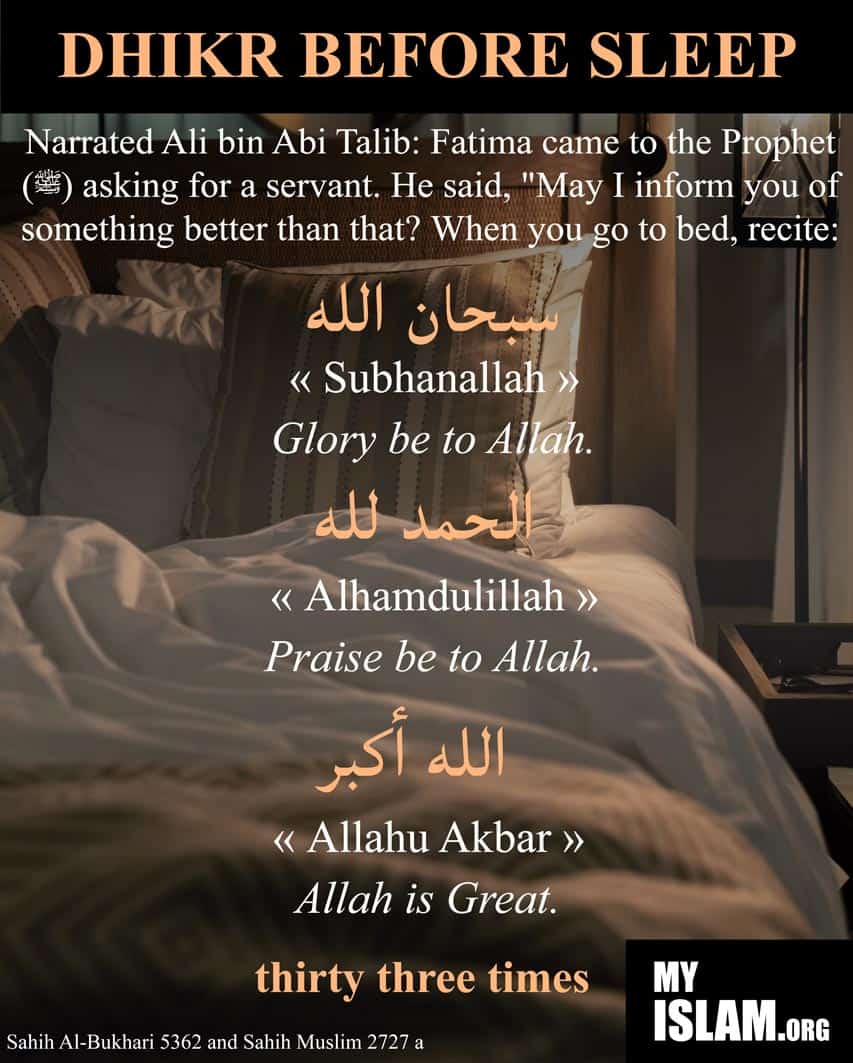 Sleeping on Right Side

Narrated Hudhaifa: When the Prophet (ﷺ) went to bed at night, he would put his hand under his cheek and then say, “Allahumma bismika amutu wa ahya,” (O Allah, in Your name I die and I live) and when he got up, he would say, “Al-Hamdu lil-lahi al-ladhi ahyana ba’da ma amatana, wa ilaihi an-nushur.” (Praise be to Allaah who has brought us back to life after causing us to die, and to Him is the resurrection)

Sunnah To Not Sleep on Your Belly

It was narrated that Abu Dharr said: “The Prophet (ﷺ) passed by me and I was lying on my stomach. He nudged me with his foot and said: ‘O Junaidib! This is how the people of Hell lie.'”

Allah’s Apostle asked, “What did your prisoner do yesterday?” I replied, “He claimed that he would teach me some words by which Allah will benefit me, so I let him go.” Allah’s Messenger (ﷺ) asked, “What are they?” I replied, “He said to me, ‘Whenever you go to bed, recite Ayat-al-Kursi from the beginning to the end —- Allahu la ilaha illa huwa-lHaiy-ul-Qaiyum—-.’ He further said to me, ‘(If you do so), Allah will appoint a guard for you who will stay with you, and no satan will come near you till morning.’ […] The Prophet (ﷺ) said, “He really spoke the truth, although he is an absolute liar. Do you know whom you were talking to, these three nights, O Abu Huraira?” Abu Huraira said, “No.” He said, “It was Satan.”

Rewards of reciting last 2 ayat of Surah Baqarah before going to bed.

Narrated Abu Mas’ud: The Prophet (ﷺ) said, “If somebody recited the last two Verses of Surat Al-Baqara at night, that will be sufficient for him.” Sahih al-Bukhari 5009 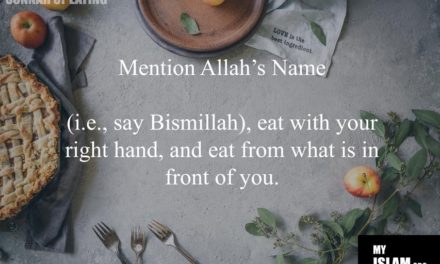 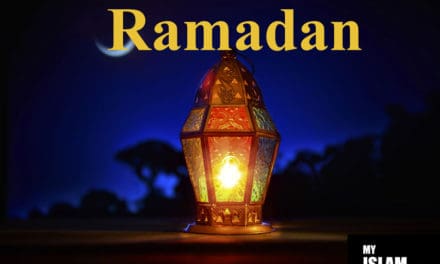 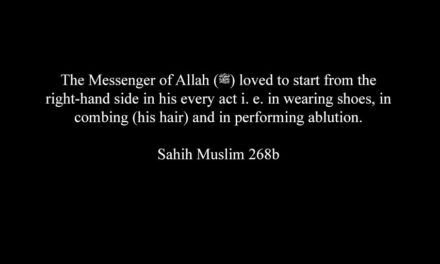